The sound of silence. 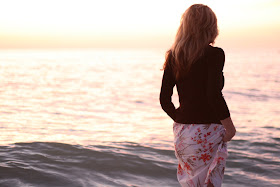 "Be still and know that I am God." This has to be one of the most difficult commands in the Bible. In these last two tumultuous (and, at the same time, beautiful) months, I've avoided stillness as much as possible. As a result, I am sure I have missed some things God wanted to say.

Tonight I revisited 1 Kings 19, a passage I preached a sermon on about a year ago in a class at Moody. I hope to write more about it in another post, but what God really pointed out to me was how Elijah had to be silent to hear the whisper of God. Elijah had to be still to be intimate with God and know him as his "friend."

Silence in and of itself is a form of worship. When the seventh seal was opened in Revelation, there was silence in heaven for half an hour. I think you'd agree: the world militates against our slowing down, much less our retreat into silence before God. We live distracted, fragmented lives for the most part, with information and activity overload. I think about my own life: my computer, iPod, cell phone, radio, TV. It gets a little ridiculous.

C.S. Lewis puts his finger right on it in The Screwtape Letters. If you haven't read the book, it is a collection of letters between Screwtape, a secretary of the devil, and his nephew, Wormwood, instructing him in the best ways to tempt the followers of the Enemy, God:

My dear Wormwood:
Music and silence - how I detest them both! How thankful we should be that ever since our Father entered Hell, no moment of infernal time has been surrendered to either of those abominable forces, but ALL has been occupied by Noise. We will make the whole universe a noise in the end. We have already made great strides in this direction as regards the Earth. The melodies and silences of Heaven will be shouted down in the end. But I admit we are not loud enough, or anything like it. Research is in progress.

God speaks when we choose to be still and silent before him. Only then can our ears detect even the whisper of his voice, which is so often drowned out by the earth's loud cries, by noise. We cannot overlook how often Jesus took time to be still and silent. There seems to be a pattern in the Gospels - his healings and teachings were after he took time to be alone with God.

Henri Nouwen, one of my favorite authors, was a Catholic priest and professor at Harvard when he became so moved by the humility of Jesus that he made a life-changing decision to live with whom he considered the "poorest of the poor" - the mentally disabled - for the last 12 years of his life. In his first year living in the community, he wrote this in his journal:

Why should I spend an hour in prayer when I do nothing during that time but think of people I'm angry with, people who are angry with me, books I should read and books I should write, and thousands of other silly things that happen to grab my mind for a moment?

Can you relate? I can. I find myself distracted from the time I start praying to the time I finish and I even have to keep a list beside me of unrelated things to think about after I pray! I also know that I want results from my prayer. When I don't "hear" from God or am fundamentally moved in my spirit, I'm ready to stop, check "prayer" off my list, and move on. But God demands our faithfulness in this. As hard as it is, whether prayer is helpful, practical, or fruitful to us should be irrelevant because we are simply to be faithful and obedient, just as he has been faithful to us.

I am so encouraged by what Nouwen goes on to write:

The remarkable thing is that sitting in the presence of God for one hour each morning - day after day, week after week, month after month - in total confusion and with myriad distractions - radically changes my life. God does not leave me waiting in the dark too long. I might think each hour is useless, but after thirty or sixty or ninety such useless hours, I gradually realize that I was not as alone as I thought; a very small, gentle voice has been speaking to me far beyond my noisy place.

As much as I'd like to end on that note, I feel compelled to do something about this instead of just hypocritically writing about it and telling everyone else to be silent. I'm committing now to spend 30 minutes every morning for the next 10 days in stillness and silence, waiting to hear from God. Maybe I'll pray or meditate on Scripture, but mostly, I just need to listen. I'll write about it here. I encourage you to do the same: to wait for the whisper of the One who loves you unconditionally, extravagantly, and passionately; the One in whom we live and move and have our being.