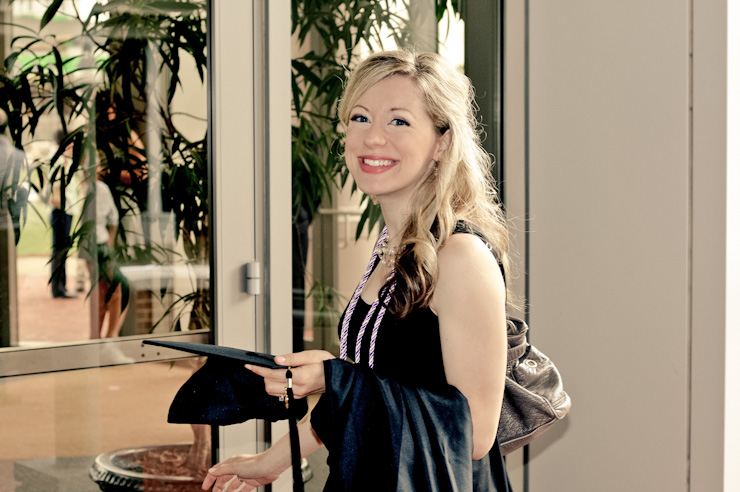 On the morning of graduation, I spent some time in 2 Chronicles 20. If you're not familiar with the story, let me fill you in on the high points.

The king of Judah at this time is Jehoshaphat. King Jehoshaphat is given word that his country is about to be attacked by a vast invading army that will surely overpower them - and the army is already headed their way.

His response in this moment?
"Alarmed, Jehoshaphat resolved to inquire of the Lord, and he proclaimed a fast for all of Judah." The entire land - men, women, and children - came from all over the country to seek the Lord's help in this very dire situation.

Jehoshaphat's trust in the Lord is astounding to me. He stands boldly before his people and declares who his God is: that he rules over kingdoms, that he is powerful. Then Jehoshaphat declares that no matter what happens - calamity, judgment, plague, famine - that "we will stand in your presence before this temple that bears your Name and will cry out to you in our distress, and you will hear us and save us."

The Lord saw this incredible faith and sent his Spirit through one of the Levites, who declared to the people, "Do not be afraid or discouraged because of this vast army."
Umm... what was that, Lord? We're about to DIE over here, in case you hadn't heard. (That clearly wasn't their response - but it would've been mine.)

But then this... "For the battle is not yours, but God's."
God commands Judah's army to march down to where the battle is being waged, but they won't even have to pick up their swords. This isn't their battle, after all. It's God's - and he has already taken care of it. Their job is just to stand, to not be afraid, and the Lord will be with them.

So they are obedient and march out to the battlefield, and I love this scene. The people of Judah begin to sing and praise along the way, and as they do, God sends ambushes against these vast armies and they end up killing each other! Judah's army didn't even have to pick up their swords, just as promised. God had come through victoriously to do all the work and to save them. The people celebrated, carrying off massive amounts of valuable equipment and clothing - so much that it took 3 days to collect it all.

If that's not God.

So what does this have to do with your life thousands of years later? Thankfully, very few of us have to be on the front lines of any battle - so it may not seem like it applies much at all. But do you have mountains in front of you? Are there days that feel like a vast army is about to overtake you, if it's not for the Lord to intervene? I know I do. They come in the form of the silliest things sometimes... a mountain of work ahead of me, a relationship that's taking a lot of work, a seemingly impossible decision that has to be made. Most recently, it's been nursing school. There have been several times I have seriously wanted to give up. And there have definitely been times when my first reaction is not to seek the Lord in my weakness. Lots of times.

But in this story, I hear God speaking loud and clear that the battle is his, not ours to worry about. We're to be obedient, to stand firm, to trust him without fear or discouragement, and to watch him work. And then we get to celebrate when he has been victorious.

And oh, how I have watched him be victorious over this past 16 months of nursing school. Sure, I've been diligent. Jehosphaphat was diligent and trusted. But I have done nothing in comparison to how he has worked.

I have stood with shaking knees next to the beds of the dying and watched him give them hope.
I have woken up with a terrible attitude at 4am to head to clinicals in the pitch black early morning and felt him transform my heart to one of gratitude.
I have felt so overwhelmed as I watched that pregnancy test turn to a very clear positive, not knowing exactly how I was supposed to spend my last and most difficult semester in nursing school while being in my first trimester. And he has proven himself even in that, giving me joy and love for this baby and keeping me from nausea in the most critical times.
I have just simply shown up and said, "Ok, God. You've called me to this, so I know you're going to get me through." And he has. He's done it all.
And on Saturday, when I walked across that stage and received my diploma, I echoed Jehoshaphat's cries of worship in my heart to this good, good God who has done so much more than I ever deserved. He has been victorious in the battle, and I have been the undeserving but oh-so-grateful recipient of the plunder. 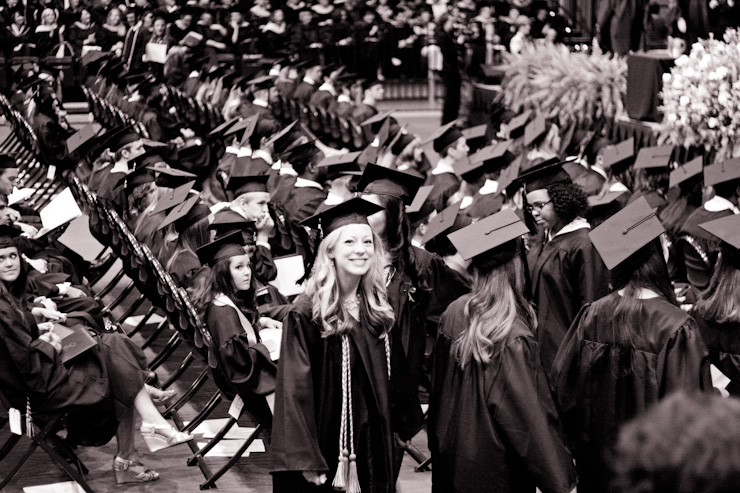 I serve the same God who moves mountains, who renders vast armies to nothing, who spoils his children with lavish gifts that we so do not deserve. All because he is good. All because he loves us.