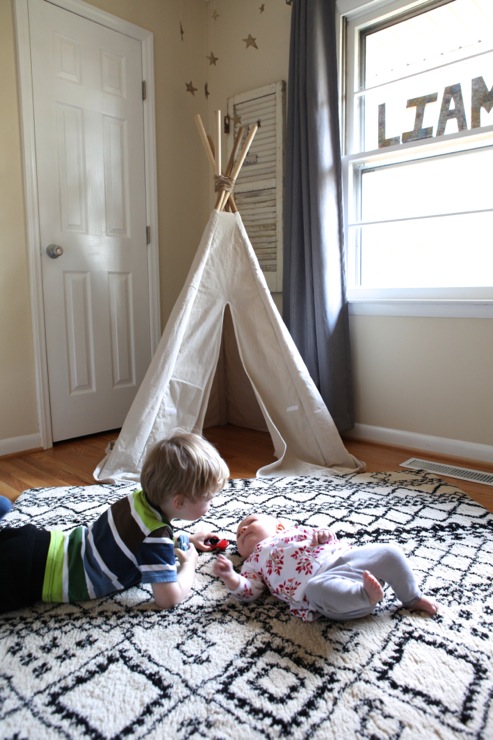 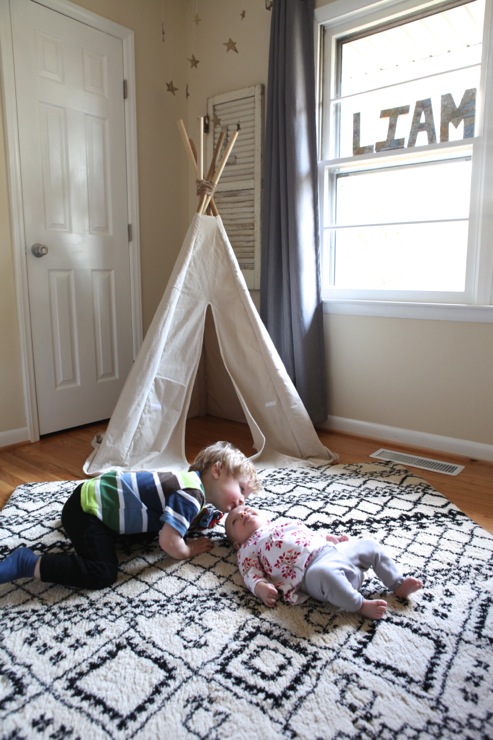 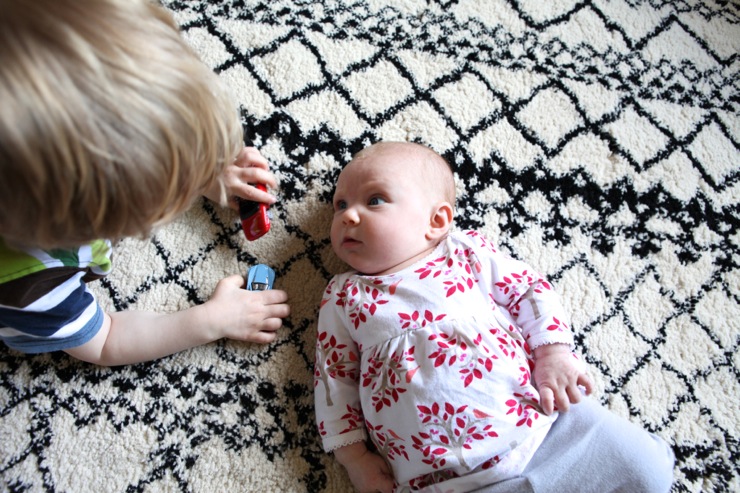 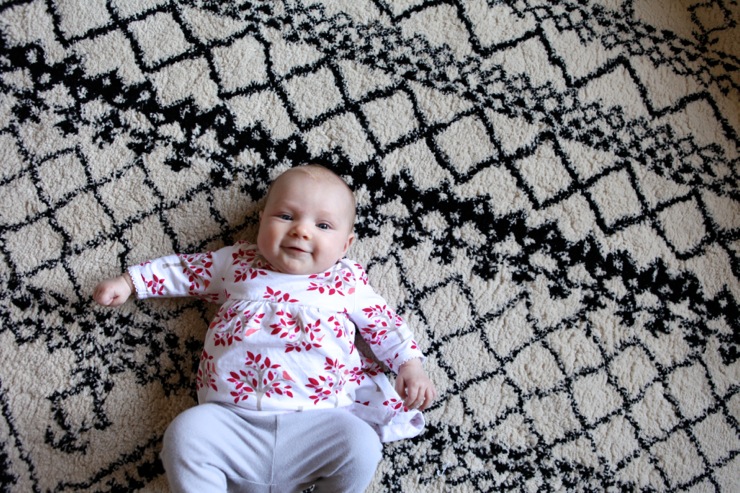 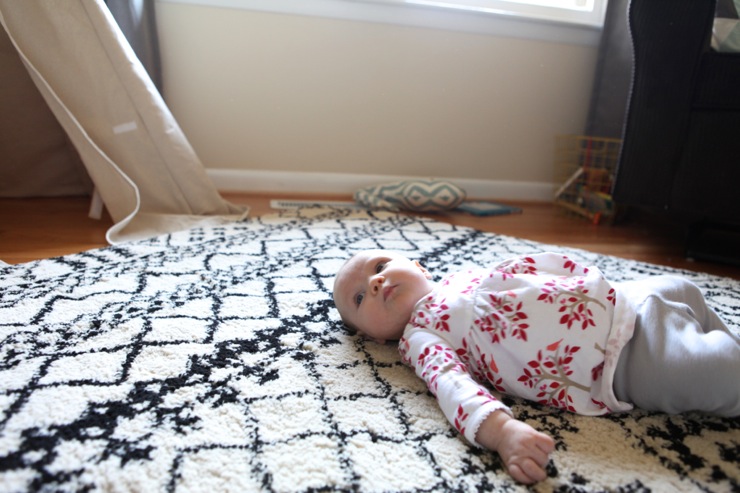 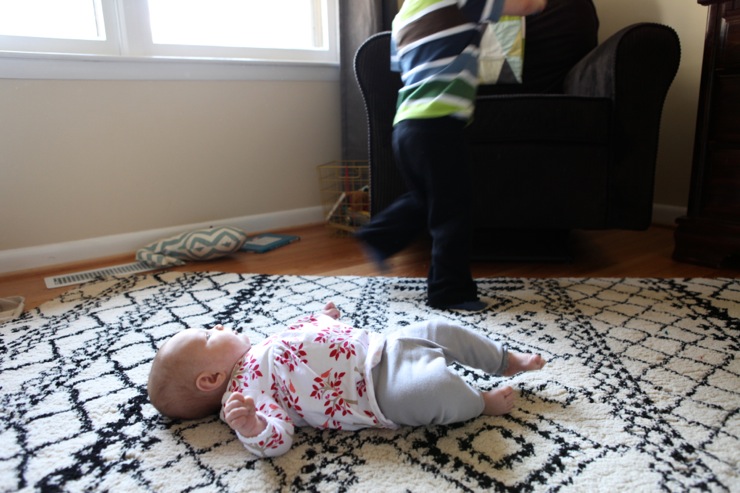 It's become the sweetest part of our day. Liam wakes up from his nap and, no matter what, wants to see "Wane Eh-wee-utt" first thing. Red-cheeked and warm, he wipes his eyes and asks, "Put baby girl on floor?" and prances around her, giggling at her many expressions. It's undeniable that he loves her. In fact, the other day in the car, he just said, "Wanie girl. I wuv her." Melt.

Somehow, I can already tell she loves him back. As soon as he enters a room - as loud and overstimulating as he can be - her eyes widen and she tilts her head until she can see him. She tolerates a whole lot more rough handling than I expected, but only from him.

In a season of motherhood that's just plain exhausting, the blossoming of their little relationship energizes my heart. It broadens my perspective that, oh yeah, they aren't just two tiny people whose needs are so perfectly opposite. One day, they'll be friends.
Share