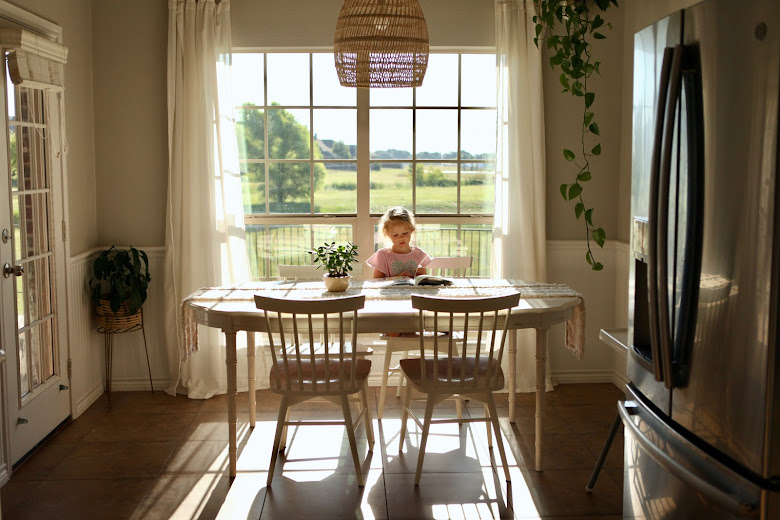 Over the past couple months, I've been spending every free moment I have on this project: 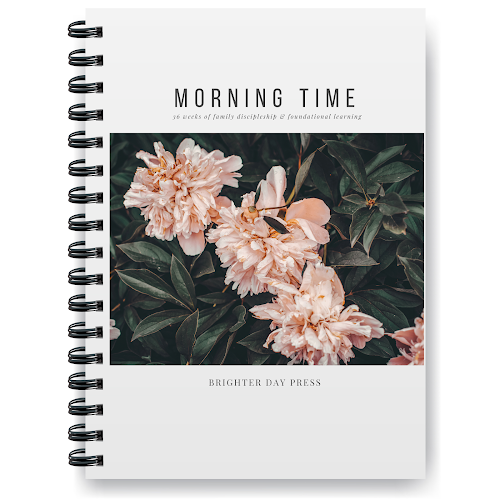 This is a 36-week curriculum plan and each day is scheduled in an open-and-go format so you can feast on the Word of God and the finest of literature, music, and art alongside your children. These take 30 minutes (without the read-aloud portion) to an hour a day and can be done as an entire family.
This idea was born out of a gap I noticed in homeschooling curricula. While there might be a short Bible reading to begin the day, it had no connecting point with anything else we were learning. I wanted more out of our mornings: to dive deeper into God's Word and the rich truths of our faith, incorporating a Charlotte Mason-style approach of a "feast" of all things good, true, and beautiful.
I'd love for you to visit Brighter Day Press to download the plans or try the first week for free!
No comments:
Share

The day we all came home. 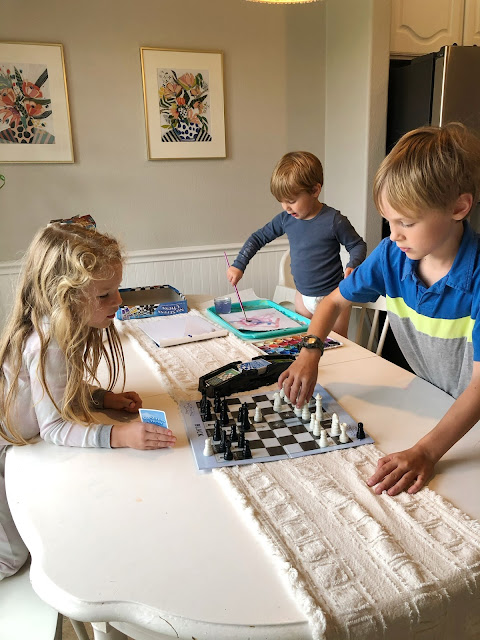 Two of our children are too young to remember this pandemic, or what life was like before. I wrote this for them.
Spring had arrived. Crocuses and daffodils had burst through their winter cocoons and the smell of fresh-cut grass wafted through the air. School children gazed out the window, dreaming of summer and popsicles and freedom. The world was spinning faster than it ever had. Families began their days in a tizzy and hurried out the door, running separate ways to their jobs and schools and errands and lives.
And then one day, news came from the east. Startling news of a battle being waged against cells and viruses. At first, we heard about a few people we'd never meet suffering from a disease we thought we'd never know. But the next day, more news. The disease was spreading, spreading, spreading like a wisteria vine, faster and further than we thought possible.
First China, then Italy.
First them, then us.
When it reached our shores, we closed our doors, hoping that by staying inside the disease would pass us by. Tucked inside our homes, we watched the television with wide eyes and small hearts. Soon enough, more doors closed: those of schools and businesses, tournaments and graduations.
But then one day, we turned our televisions off. We walked outside and breathed in the honeysuckle air. We took time to notice the little things because now, we had the time: the way the ducklings crossed the sidewalk, the smell of a baby's head just after waking. Families dusted off board games. Neighbors stepped into their driveways, sharing toilet paper and bags of food. Restaurants might have been empty, but dinner tables were full. Teachers still showed up to work, but this time it looked different. Birthdays were joyously celebrated with air hugs and balloons and parades. We formed choirs and attended church together, defying the reality of apart. We saluted first responders as the heroes they truly are. We felt heavy for the suffering of the world, and yet we felt light. Even our planet breathed easier. Less pollution, less noise.
The day we all came home, something in us changed forever. We were 6 feet apart, but miraculously, we were closer than we'd ever been.
1 comment:
Share
‹
›
Home
View web version